My friends and I were at Jean Talon Market in Montreal the other night, and decided to try some of the famous tacos from El Rey Del Taco.

The service is super efficient here, and they serve you a selection of salsa of different spice levels alongside some dubiously colourful tortilla chips. 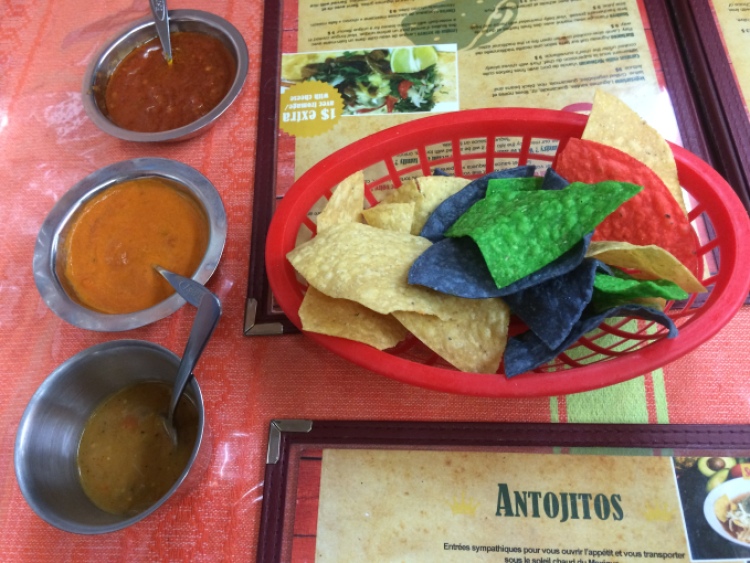 The interior of this small eatery is docked with photos and newspaper articles, a wide range of Spanish products and a cute display of pinatas line the door. Pretty neat if you ask me. Not neat as in tidy, although it was, but neat as in ‘cool’. I liked the vibe of the place.

I ordered Grilled Chicken Tacos. I can’t remember how much it cost exactly but including tax and tips it was definitely under $15. Maybe around the $12-13 range?

It was good! They were very generous with the grilled veggies and chicken, but my only gripe would be that the veggies were too oily. You can see them glistening. But otherwise, this was good stuff.

I don’t exactly have much experience with mexican food, but by my standards it was tasty, especially with the salsa added on top! The tacos were soft tacos, and there almost wasn’t enough taco for the filling if you get what I mean. But that’s a good problem to have.

We needed something sweet and cold (yes, the sub twenty weather isn’t enough to deter us from eating ice cream) to end off the meal, so we headed to Havre Aux Glaces in Jean Talon Market, which is supposed to sell some awesome ice cream. 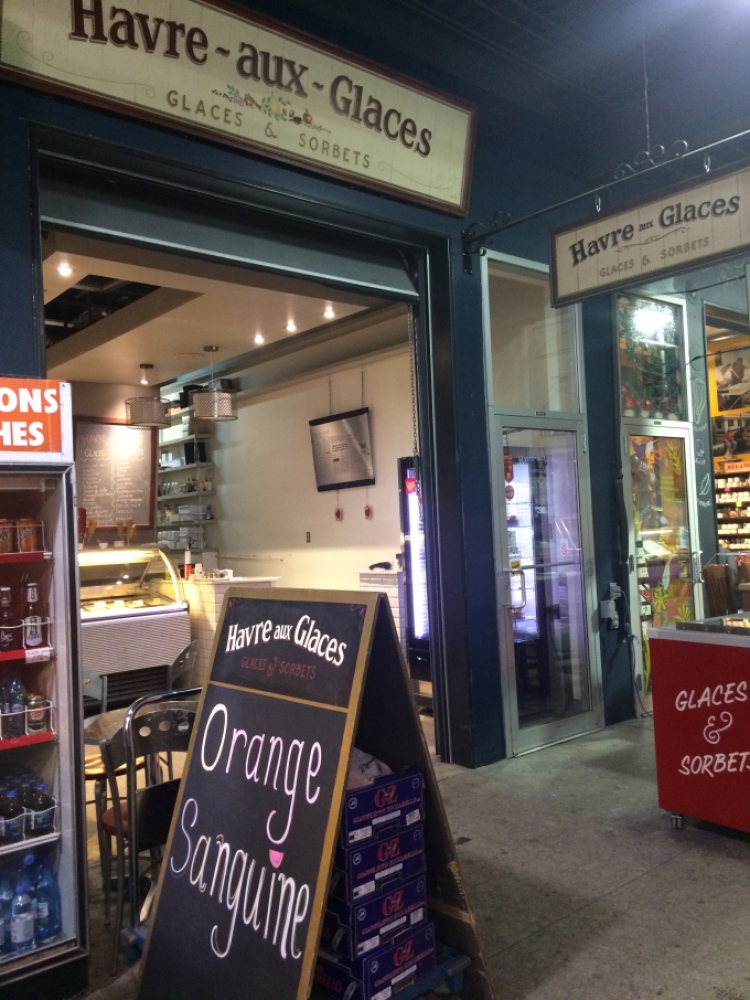 The ice cream here is cheap! It’s about $4 including tax for a medium cup which allows you to mix THREE flavours. I had vanilla (as always. I’m a classic lady haha), raspberry and hazelnut. All of which were great!

What made it even better was that they served it in a rose shape 😀 Who doesn’t love instagram-worthy ice cream?

The vanilla beans were generously speckled throughout the vanilla ice cream, which is super important to any good vanilla ice cream. The raspberry sorbet was tart and veered slightly to the medicinal flavour (you know those raspberry cough syrups?). And the hazelnut flavour was smooth, rich and creamy.

I would definitely recommend Havre-aux-glaces for a cool treat, especially in the Montreal winter, since you won’t have to worry about it melting.