I’m typing this post at an ungodly hour, but I couldn’t sleep for some strange reason… and I really want to do a post on last night’s adventures while the memory is still fresh in my mind!

Well, last night I headed down to the Grandstand (aka Turf City) with my buddy, Cassandra. We went to VeganBurg for dinner and then roamed around PasarBella for awhile. I haven’t been to Turf City in ages so I was really surprised by how much it has changed since I was younger. The place is full of newly opened eateries, and it has this lovely laidback atmosphere. Since its so far in, it takes you away from the reality of civilization to a certain extent, and you feel like you’re in another country. On a saturday night, most of the eateries weren’t very crowded, which was great (not for them though), considering that I don’t like crowds.

Upon entering, you will be greeted with this huge poster right next to the counter. I ended up ordering the burger in the poster (Hawaiian Teriyaki) Strategic marketing I must say!

At VeganBurg, you have the option of making your burger a meal, by adding $3.90. For the meal, it comes with a side of fries or broccoli and a drink. They don’t offer soft drinks like Coke or Sprite here, but they have options like Citron Cooler, Miami Peach and Lemon Loco. They are like fruit teas/juices, which are supposedly healthier than soft drinks.

I had the Citron Cooler which tasted like lime/lemon juice from concentrate. I liked how it was really sour, which made it even more refreshing. I would have hoped for even healthier drink options, like fresh fruit juice perhaps? But I guess that would defeat the idea of a fast food concept.

The drink station is self-service, similar to Subway. So after you get your cups at the counter, you just move a little over to the right to get your drinks. Like other fast food outlets, serviettes and condiments are all self-service. They even have paper bags available in case you can’t finish your food and want to bag your leftovers.

This outlet is pretty big, possibly slightly larger than Mcdonald’s at Alocassia. They have several seating options, like the high chairs above, and even comfy sofa-like low chairs nearer the glass window. I went for the boring old normal chairs cause I can only eat swallow my food when I’m seated at certain heights.

Nah, I’m kidding as usual. Heh. But I’m sure the normal seating would be more comfortable for eating.

Oh yes, how could I forget the elephant in the room… or in this case the giant motorcycle sitting in the centre of the restaurant. I have no idea how this contributes to the concept of VeganBurg and healthy living, but it looks pretty rad.

Food’s here! As I mentioned earlier, I had the Hawaiian Teriyaki while my friend had Char-grilled Satay. Both our burgers came with the pan-grilled soy patty, so texture-wise they should have been pretty similar.

Let me start off with the sides. The broccoli was undercooked, and tasteless. Perhaps if they sourced for fresher produce it would taste much better. Fresh vegetables taste great on their own!

As for the bun, I was impressed by how soft and fluffy it was. It nearly couldn’t support the dense soy patty. I have no qualms about that though! Except maybe that it made the burger a little harder to eat since the burger was so flimsy. But I’d just be picking on the nitty gritty details. Seriously, who analyses a burger to such depth?

My burger came with a nice juicy ring of grilled pineapple. Grilling it brought out its sweetness which was a surprisingly nice addition to my burger! I never thought of adding fruit to a burger. But if you’re not a fan of savoury-sweet things, I wouldn’t recommend this for you since the teriyaki sauce was sweet as well.

Pardon this ugly photo, but I wanted to let you guys have a look at the patty before I devoured it. The photo is blur because the burger was so heavy it wouldn’t stay upright when I held it with one hand. I’m no burger expert, but surely this is a sign of a good burger? A dense patty would count a plus point to me!

There was quite a lot of sauce so it was dripping all over, making this quite messy to eat. Apart from that, the soy patty really impressed me! Its texture resembles meat both visually and gastronomically (?), haha basically it looks and tastes like chicken.

I also liked how they served their burgers on Mess Tins, which added to the unique vibe of the eatery. What I didn’t like was how they dusted flour on top of the burger buns, which did absolutely nothing for the burger. In fact it tasted like chalk. Not that I’ve tasted chalk before, but if I had, this is what I would imagine it to taste like.

ENOUGH WITH THE RAMBLING. WHAT’S YOUR VERDICT?? I can imagine you yelling that at me in your head. Well don’t get your knickers in a knot. My verdict is…

VeganBurg is definitely a place I’ll visit again. Its not like the typical fast food restuarants you go into, where you can feel a layer of oil thickening on your skin the longer you stay there. It resembles a cafe since you have to wait for your food, only collecting it from the counter when the buzzer sounds. Foodwise, I would say its healthier than fast food (if you order broccoli instead of fries), and it leaves you with a much better after taste.

For those of you who like to sit at home reading about other people’s fun adventures, wishing you could be a part of it… here’s something fun for you to read while you eat ice cream out of the tub.

Presenting Pasarbella! My friend and I headed down to Pasarbella to walk around after dinner since we both love the atmosphere there. It was astonishingly quiet for a Saturday night. I later realised that it was because stalls close at 7pm, so only the restaurants were open by the time we went in. Pasarbella is the closest we are ever going to get to a Farmers Market in Singapore. I love wandering aimlessly around Pasarbella, just looking at the eclectic decor, or simply people-watching. What’s more, they have lots of good food for you to try! I saw Hubers’ Butchery, Shiraz Mazzeh, Gastronomia da Paolo, Le Patio and this huge Japanese section up front. We were too full after dinner, so we didn’t eat anything, but Pasarbella is on my list of places to try, so I’ll be back!

We decided to walk around Giant (the supermarket), for a while since there wasn’t anything else to do at Turf City. It would be nice if they added a cinema or some shops so that people have somewhere to go to after having their meal.

First up, we saw this GINORMOUS teddy bear, and we just had to take a photo with it. I have always wanted a huge stuffed bear, but I never got one of course. There’s no practical use for one, except on the occasions when you feel like nobody loves you and you need a great big hug! I love this big guy.

Basically we just spent close to half an hour roaming around, looking for our childhood snacks and cereals. It was fun! We felt like little kids again.

{Disclaimer: None of the photos from this point onwards belong to me! Credits to the respective owners.}

Gosh I loved this when I was young. The sour burst of icy cold balls of icecream? Yes please! It was the cool way of eating ice cream. Why did they stop selling this 🙁

I can’t believe I ate this when I was young. It is diabetes in a box. The cereal is clearly artificially flavoured and coloured, and it tastes like rainbow sugar. Rainbow cereal which left you with rainbow milk. Ah, I see why I liked it as a kid. I was clearly a gay kid, even back then. I guess, nutrition and what not didn’t really matter to us then. We just ate anything we wanted!

Well, I still eat this now… but this is the epitome of old school ice cream, in addition to the ice cream sandwich they sell along the streets in Orchard. 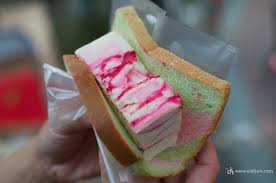 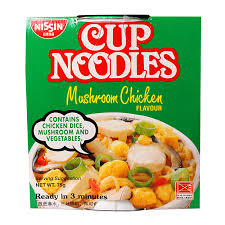 Chicken flavour was my favourite! 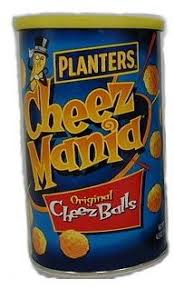 Was I the only one who ate these bright orange cheez ballz? The ones that stained your fingers a luminous orange, and probably damaged all your internal organs. But they were fun to eat when I was young(er)!

I’m confident I’m not alone here… I think everyone grew up eating this!

Anyone remember this guy? I know Oreo cereal came and went pretty fast so I’m not sure who else had this in their childhood.. but I certainly remember it was in mine! I loved the bittersweet taste of the cereal which didn’t turn soggy as quickly as real Oreos. 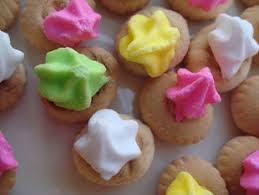 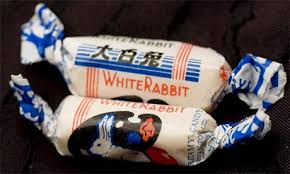 Iced gems, White Rabbit sweets, orange crackers, Haw Flakes and an endless list of snacks that I can’t put a name to.. but I’m sure this is a familiar sight for all my fellow Singaporeans. Good times good times.

Woah, that was an unexpected trip down memory lane!

Hope you guys had fun seeing your childhood snacks 🙂

I returned to Veganburg again to try a couple more of their burgers on Boxing Day, so here’s what I thought the second time round.

I had the Smoky BBQ Burger which had the same patty as my previous burger. I also sampled the Satay Burger and Creamy Mushrooms Burger which had the same patty as well, except the patty in the Creamy Mushrooms Burger was coated in a crispy breadcrumb coating. The only difference between the burgers is the sauce they use… and it is for this reason I would say that Greenzilla is a better choice than Veganburg. Greenzilla has different patties, sauces and buns for each burger, and their burger patties are definitely more flavorful than Veganburg.

I also took the liberty of trying their Tofu Franks ($3.90) which are sausages made of tofu, instead of processed meat and a truckload of preservatives.

I must say I was rather impressed by how well they managed to replicate the taste and texture of sausages! I wouldn’t have known if was made of tofu. Perhaps we should replace the processed sausages in the supermarkets with these tofu franks, and no one would know the difference. The tofu franks were just a wee bit mushier on the inside as compared to most meat sausages.
I think they were boiled, so when it was served, the thinly sliced tofu franks were glistening (in water, not oil, I hope). It was rather off-putting to see wet franks… I immediately associated the tofu franks with soggy mush, when I was first served.

What’s more, for $3.90, the serving size was so tiny! Compare the drinking cup to the serving cup. I think they probably sliced no more than two sausages thinly, and scattered a measly portion of damp lettuce on top. Presentation wise, these tofu franks would get a zero.
I would give these a miss the next time I visit VeganBurg though. They simply aren’t worth the money.